“Politics and religion collide as Spellman delivers another fast-paced, suspenseful, and totally enjoyable thriller… The author constructs a blistering story–replete with political and religious intrigue–that never slows down and will keep readers turning the pages of this spectacular thrill ride.” ―Publisher’s Weekly

“…Almost impossible to put down. The Author has the ability to produce one powerful scene after another and the action draws you helplessly on…” ―Publisher’s Weekly on So Many Partings“…A cross between The Thorn Birds and Ragtime…” ―ALA Booklist on So Many Partings

“Flows along with an inexorable narrative current that propels the readers from one involving episode to the next.” ―Booklist on So Many Partings

“An energetic plot that never takes a breather.” ―Kirkus Reviews on Paint the Wind

“A western extravaganza.. a plot teeming with outsize characters.” ―Publishers Weekly on Paint the Wind

“I have never read a book or connected with an author who has touched me so deeply – as a mother, a grandmother, and another psychic kindred soul!” ―Elizabeth Taylor on Bless the Child

“This book has really touched my heartstrings as both a mother and grandmother. And Cathy Cash Spellman is one hell of a writer!” ―Maureen Stapleton on Bless the Child

“With a seductive, at times spellbinding style, author Spellman (An Excess of Love) incorporates ancient myths into an entrancing romantic thriller.. Spellman succeeds in capturing the reader’s close attention as an unrelenting sense of foreboding drives the narrative forward with power.” ―Publisher’s Weekly on Bless the Child 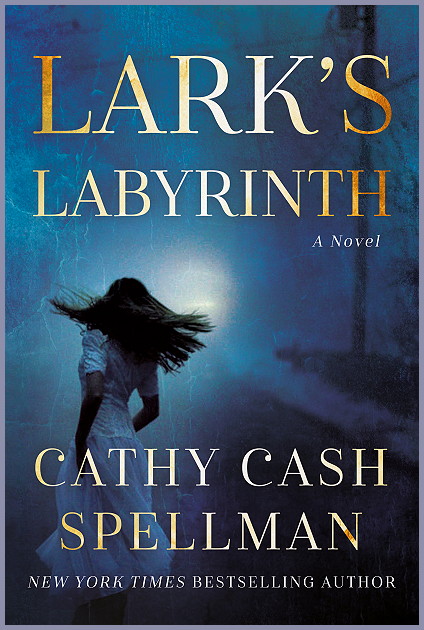 The Spear that pierced Christ’s side on the Cross has played a secret, but major role in history. Charlemagne, Constantine, Otto the Barbarian, The Knights Templar and Adolf Hitler all owned it… and believed it gave them the power to rule the world.

What if they were right?

The first time Dr. Cait Monahan ever heard of the Spear of Longinus was the night her husband was murdered because of it. That was when the terror began.

…right before the U.S. Government, the CIA, Neo Nazis, the Vatican and a secret cabal of 13 powerful global manipulators sent their assassins after her and her 9 year old.

…just before a lethal secret propelled her across Europe following a riddle that hadn’t been solved since the Holocaust.

…just before Cait Monahan became entrapped in an interdimensional labyrinth that her own husband may have helped design.

Now she’s a player in a game that has led to mystery, magic, mayhem and murder for over 2000 years, and only the help of a tribunal of long dead men may be able to save her.

Inside Lark’s Labyrinth is a secret men have killed for …now a woman, her sister, her child and their small band of friends are all that stand between us and the dark, insidious power that’s a hairsbreadth away from ruling the world.

You can purchase Lark’s Labyrinth at the following Retailers:

Cait Hears her Husband Shot Over the Baby Monitor

The baby monitor in her pocket exploded into sudden sound, catching Cait totally off guard. She strained to hear what the voices were saying, but they were too far from the transmitter.  Words static’d in and out maddeningly.  Guns?  The Spear of who?  Some foreign words?  Her heart was pounding so hard she could hardly breathe, never mind hear.  She thought she heard Jack say he wanted the guns out of their house.  She definitely heard him threaten to call the police.  A burglar must have caught him as he was locking up.  She picked up the phone with trembling hands to dial 911, but there was no dial tone.  Ice water shot through her and she grabbed Lark up from the bed, moving swiftly through the connecting door to the master bedroom.  She slid the lock into place, a terrible pang reminding her that Jack was now on the other side of that lock.

(you could end it here, Jean, for a better word count)

For an instant she leaned her head against the door to clear it.  Have to get control! she admonished herself.  Have to figure out what to do!  She forced her breathing to steady, willed her heart to stop pounding in her ears.  Cait set Lark down on the bed and shook her awake.  Where the hell was her cell phone?  Oh, shit!  It was in the car where she’d left it when she went to the drugstore.

“Lark!” she whispered urgently, shaking the child gently awake.  “Baby, you’ve got to pay attention to everything I say, now.  We may be in big danger and I really need your help.”

Lark struggled to wake up.

“Mommy?” she whispered, scared by what she was seeing. “What’s the matter? Where’s Daddy?”

Cait looked right, left, everywhere, assessing the possibilities, fear lapping at her like a predator.  Her pistol was in the gun safe in her bedroom closet, but the key was on the keyring in her purse, left on the sideboard at the bottom of the stairs.

“There are burglars in the house, baby,” Cait said as steadily as she could.  “I’m trying to figure out how to get us out of here and you’ve got to stay awake for me! 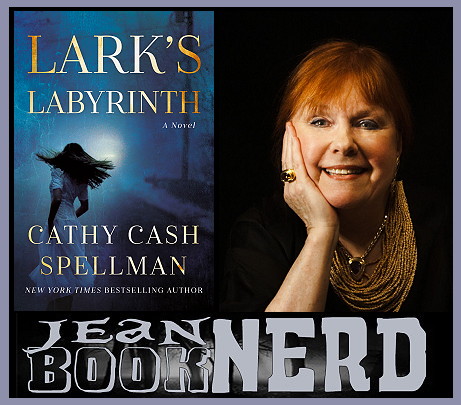 Multiple New York Times and International Bestsellers, a Paramount Movie, book sales in 22 countries, Cathy Cash Spellman writes stories about love, friendship, adventure, and history. Known for her big sprawling sagas and memorable characters, Cathy writes the kind of stories women like to lose themselves in, and then remember long after the book is done.

Bless the Child was a Paramount movie in 2000, starring Kim Basinger and Jimmy Smits, and Paint The Wind has been optioned for film and TV.

She has written for Self, Harper’s Bazaar, Town & Country, Mademoiselle, Cosmo, Penthouse, Mode, Kung Fu and many other magazines about women, health, empowerment, sexuality, spiritual philosophy and Astrology. She blogs for The Huffington Post and The New York Times.